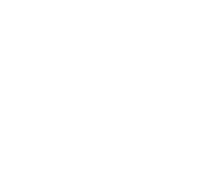 Situated in Pregnana Milanese, the Artemide Group, certification ISO 9001:2015 (Quality) and ISO 14001:2015 (Environment), has an ample international distribution presence in which the single brand showrooms sprouts in the most important cities in the world and Artemide distributes its products through a broad network of retailers and dealers supported by global partnerships with major architecture and lighting design firms. Founded in 1960s, Artemide is one of the most known illumination brands in the world. Known for its “The Human Light” philosophy, Artemide boasts high skills in light design and innovation, with products originating from research and high-quality manufacturing. The company filed lots of patents on inventions in time for the development of innovative technological, mechanical, and opto-electrical solutions (10 patents filed in 2016 alone).

Artemide has contributed to the history of the international design with products like Eclisse (1967, from Vico Magistretti), Tolomeo (1989, from Michele De Lucchi and Giancarlo Fassina), Pipe (2004, from Herzog & De Meuron) and the IN-EI Collection (2014, Issey Miyake), all showed at the Compasso Doro Awards. In 1994 Artemide received The “Compaso Doro” career Award and European Design Prize In 1997 and “Leonardo italian Quality Prize” in 2012.